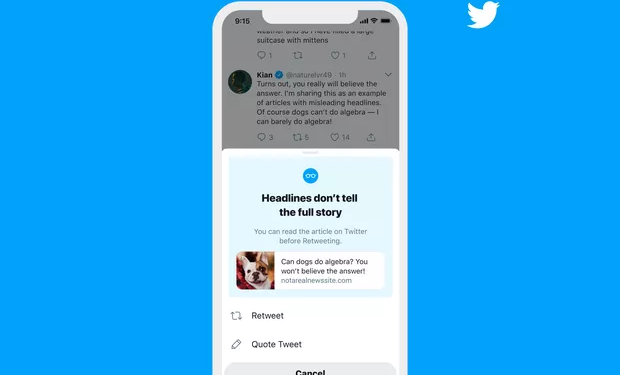 Twitter is working on a feature to prompt user to read an article first before retweeting it. The company want people to know what’s written in the article and not some misleading headline that may result to unrelated discussion.

The company shared some results on Twitter — the insight says that people open articles 40 percent more often after seeing the prompt, and people opening articles before retweeting was increased by 33 percent. And some people didn’t end up retweeting after opening the article.

Twitter says its working on making the prompt smaller after a user have seen it once — “because we get that you get it.” And they are also working on bringing the prompt globally. Twitter’s also testing voice direct messaging.

Security Measure: How to keep your data safe

Here is a quick list for web hosting company

How to track my android phone with find my device