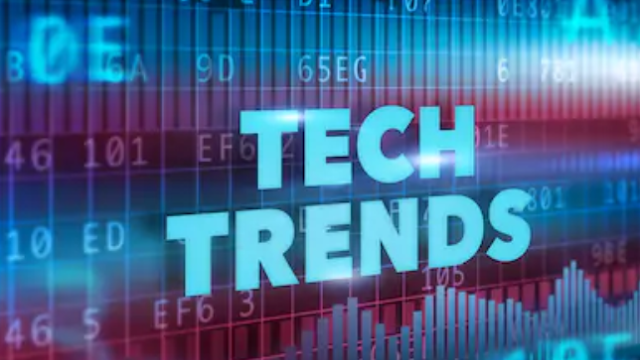 What do you think about the latest technology trend, as we put together some technologies of the future, this top tech trend is mind-blowing, in favor of the advancement of technology.

Information is now so easy to get—as it is found on the world wide web. Why it’s important to know what’s coming up next in the tech world—so you can budget and leverage the right tech that will propel and shot your business forward.

Some of this trending tech was discussed at one of the largest tech conferences in the world. The AI, VR, and AR, IoT smart cars, 5G Technology, Wireless Charging all this and many more.

Technology in the order hand is a series of threats while in modern society things go wrong because of Cybercriminal. But in good aspect, there’s an optimistic forecast of high-tech development, so today we are showing you the top trending piece of tech you should know about.

This year has already shown what Augmented Reality can do in game development, but, there are many more ways of using the augmented reality, the technology can be used wider. AR is often considered much more useful for end-users than virtual reality because it can add virtual layers of information to the real world.

This was discussed in the CES, though, know AR is likely to explode next year and years to come, providing experiences that immerse users while keeping them connected, many of which will be available on mobile.

The 5G technology will be with fast blazing speed and high computing power, that will change the world of tech, which will download at a higher speed in multi-gigabit, the IoT is supported by thie network.

5G has been granted official, and countries have already started installing the 5G technology. Mobile phone manufacturer like Apple—rumor to include the 5G in it new flagship device.

The facial recognition software is another tech that’s not new but is making great improvement. This might be one of the cool features on the iPhone 11.

The facial recognition is for security purposes and the other biometric solutions to improve security in the coming year on everything from standard video systems to mobile device access.

Here is an in-depth article to read about facial recognition technology, how it works and how it’s used with real-world cases.

The facial recognition has an increased. With countries like the United States and China investing in the facial technology system.

A study recently published in June 2019, estimates that by 2024, the global facial recognition market would generate $7 billion of revenue, supported by a compound annual growth rate (CAGR) of 16% over the period 2019-2024. For 2019, the market is estimated at $3.2 billion.

Thanks to the Internet of Things and its good sensor technology, that can connect devices together which are everywhere, but let’s get more micro for a minute – ironic because sensors are micro themselves.

A key theme from CES is the expansion of sensors in both their numbers and their capabilities. Debuted at CES, for example, L’Oreal’s UV Sense is battery-less and sticks to your thumbnail, monitoring your level of exposure in the sun, among other variables.

This is done with a charging station, energy is sent through an inductive coupling to an electrical device which can then use that energy to charge batteries or run the device.

Imagine charging your phone without its basic wire charger connected to it. We live in a digital world where almost anything is possible, the wireless charging is on is way, with brands like Powercast and Energous unveiling chargers that send power to multiple devices over the air.

Blockchain is one of the top tech trends in the world of technology, it has made a lot of popularity, the growth of the Blockchain was known in 2017, the cryptocurrencies, people receive bitcoin and made it an easy way to get rich, the Blockchain provides a secure and digital transaction,

In most of the developed countries, this trend is popular, and more developing teams use it to send and receive bitcoin as well as mining with the computer.

In almost everything, AI is implemented, and many trends on this list fall into that vein. This will be the year of “smarter” everything including smarter products, smarter vehicles, smarter processes, smarter consumer goods, smarter tech solutions, as the AI is an autonomous computer.

Its a specialized form already used in many fields — for example, in some autonomous vehicles, Facebook algorithms, voice assistants, smart and connected homes, the AI is mostly used in big tech companies.

The Internet of Things have been popular in the digital community for many years, but this year showed the real potential of smart home devices and the role of mobile gadgets in it.

The technology is not limited to solutions for smart and connected homes, its main idea is to introduce technologies in our everyday life. We hope that soon each home device connected to the Internet will be common at every home.

We expect something new every year, and 2019 is no exception.  If you know of any other tech that will be the groundbreaking material, let us know in the comments below.

From a budding list on the start point of all tech is to know what’s around the corner in your industry, keeping up with enterprise tech trends is a key to staying competitive in the digital world. 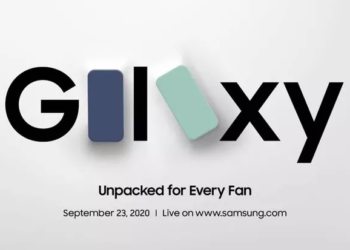 But it seem the company isn't true this year as Samsung set to unveil the Galaxy S20 Fan Edition in...

6 Reasons why you need a custom email address

Here is how you can track your iPhone

How to get verified on Facebook: A step by step guide

Biggest security threat from the world of tech