How robotics will bring the new existence. 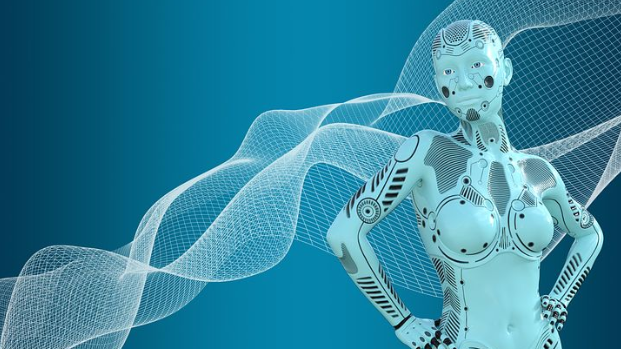 Technology as it seems, is still expanding, whereas robotics in other aspect goes about how it affects our lives—from where robotics is implemented with AI and others machines and devices.

The advancement of robotics is rapidly increasing in numerous ways, where robots have become an increment in several industries—with a lead control in AI.

Robotics will play a major roll in the production process for industry without any or less user interaction. Robotics will have direct interaction with the human through the implementation of AI.

So How Can Robotics Solve World Problem

In technology as well as in this business world tech company has come a long way through the improvement in automation and robotics AI, where robots range from the different aspect in performing a specific or general task. Industry, military and other section have a way of using these robotics.

Machines are programmed and designed to carry works that are impossible for humans to work on. The industrial machines help in the manufacturing and production of goods.

Robotics of next-generation has an increase in improvement with AI. Robotics have come to the level where problem-solving is simple. When an AI Robot gathers information and fact about a situation the execution is simple.

Industrial and online services bot is an improvement with development as a new business opportunity. One way to keep an eye on customers stability is by using a service bot.

Thus this service bot maintains and integrates robot deployments with multiple Industry in other to satisfy customers when any query functions as a request.

Industrial growth will become a big-time boost for the company where robots are delivered to a demanding company.

Robotics-as-a-service (RaaS) will implement automation into their processes while avoiding large upfront capital expenditures and reducing the risks associated with maintenance and upgrades.

Task-specific Robots will be the order of the day, this single concept will create diplomacy to create out one specific task and this type of robots will be developed exponentially because the robots have been programmed to carry out the task perfectly.

One of the ways AI and automation are improving is the creation of a new and collaborative robot.  Cobot or co-robot is a robot intended to physically interact with humans in a shared workspace.

A cobot can work directly with human to perform a specific task at hand and they can be programme and guided to work for a limited period.

This robot can serve a medium in reducing the world week time of an operator in an industry, this robot can join with human to produce a work flowing environment. One of the most effective ways a cobot can bring in the industry is the interaction with a human.

Cloud robotics is a field of robotics that attempts to invoke cloud technologies such as cloud computing, cloud storage, and other Internet technologies centred on the benefits of converged infrastructure and shared services for robotics.

Different model all around, when there is this there is that, cloud technology is next to the big thing.

Cloud technology can be applied to computation element of robotics. With the use of computing resources, the company can share information more efficiently.

When AI and machine are being used in the cloud performance can be scaled, as well as maximizing effectiveness.

Google rebrand Gmail logo to blend with other Google product