Stick with Google Android or go with Hauwei HarmonyOS

Android or HarmonyOS: You can use both 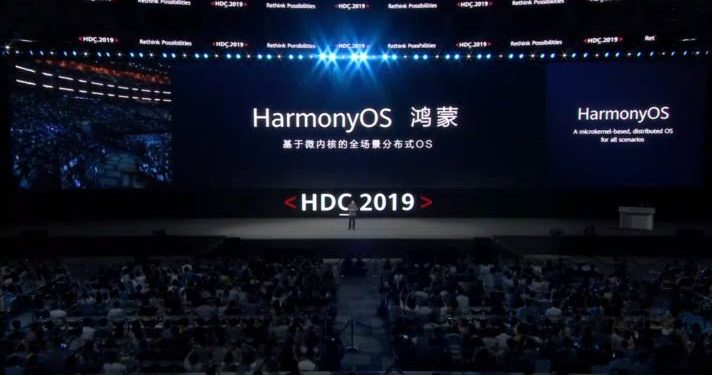 It either you’re with them or not, and I don’t see both side. It obvious why the US government place a ban on Hauwei — restricting companies from doing business with them and that include Google. The company that owned Android which is the most popular operating system in the world — relatively Hauwei uses Android for its smartphone device, but now I think that’s about to change.

When a company reject you — just move on and create another to avoid stories, but it not easy when getting started — and I think this is just a perfect example. In 2009 back then when I still don’t know what I was doing Hauwei release their first Android phone and I can say that the company has improved over time, bring the consumer tech company to first in global phone shipment after Apple and Samsung.

I don’t know what to believe but the US said Hauwei is a threat and the government want to kick the company out of the country. The same goes for the the popular video sharing platform TikTok. Why all company are ban from doing business with Hauwei, the company is looking at another option. Huawei said at the launch of HarmonyOS that if it can not use Android in future it can immediately switch to HarmonyOS.

But without Android you can’t use Google product and service and I don’t think Hauwei HarmonyOS is going to have any of Google service on the phone — because no business. As much as even when Hauwei phone like the P40 Pro run on Android but doesn’t include any Google product — how cool, not so cool. So every Google apps like the Play Store, Google Maps, YouTube, Gmail, Google Calendar, Google Photos, Google Voice, Google Hangouts etc isn’t on Huawei new flagship device. And where it pains most is that Google deep users can’t use the device because no Google service.

All the new Huawei phone won’t ship with Google apps and service and that’s what customers don’t get, but you don’t have to stick to just one — you can explore to other apps and service. Although Google apps is just too hard to let go — deep down it really painful and Huawei is trying to change that face. But changing the face will be even harder because 3 out of 5 person uses Google service and it difficult not to use any of them.

Hauwei-US ban, entity list, let say something about it.

Started in May 2019. Maybe I wasn’t there to stop the ban but Hauwei did try to do their best — but unfortunately the Trump administration put Hauwei and other Chinese companies on entity list restricting them from doing business with US company. The ban begins and things went side way for the customers because they weren’t able to work with Google on new flagship device.

From here we started saying bye to Google on Hauwei device

Hauwei was still able to run Android on its device but wasn’t able to use Google owned services and product. But the reason why Hauwei was able to use Android is because it was an open source OS unlike iOS ( not open source) — that mean anybody can use the OS for their device. But if you need the core Android feature you have to get it from Google and that was it.

But it didn’t end there because they have been working on a plan B if they were disallow from using core Android, so they decided that if they can’t use Android in the future they would switch to their owned OS called Harmony. The HarmonyOS will be use on smartphone, sartwatches, wearables, in-car head units and it’s powering the Honor Vision smart TV. But before that the company said the HarmonyOS would only be use for Internet of Things.

Huawei HarmonyOS will run on all platforms, it’s very much an alternative to Android, and will relatively replace all Hauwei device from wearables, smartphone, Auto and smart TV.

And if Hauwei eventually uses HarmonyOS on their device, it will just be another OS in the market and it will grow, so it not much of big thing. But since Google no longer work with Hauwei I don’t think the HarmonyOS will even include Google product. Like iOS every developer need to get their app on the device.

Why you need a domain name

How to activate dark mode for Slack