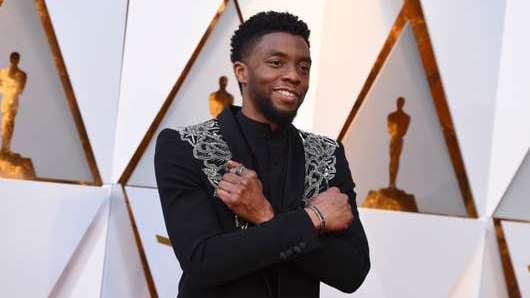 Tributes to Chadwick Boseman, after a four-year battle with colon cancer the actor has died at age 43. Boseman was gone too soon — but his time on Hollywood made a remarkable achievement on the movie industry.

After playing a major role in the movie Black Panther he made further debuts in some of the best blockbuster movies in Hollywood. He first played T’Challa in Captain America: Civil War before the original Black Panther movie came out in 2018.

Black Panther is the first Marvel superhero movie to break into Oscars and was also nominated as Best Picture. The movie feature mostly black cast and black director — making it one of Marvel first superhero movies of all black. Chadwick Boseman play an important role as T’Challa in the movie.

Now, with Boseman’s death, Black Panther 2 is till in doubt about who will replace him as T’Challa in the movie.

Avengers Infinity War is one of the best MCU movie by Marvel. Boseman play an important role as he team up with the Avenger — preventing Thanos from completing his mission. He still play as King T’Challa in Wakanda. Wakanda was use as the final battleground and that is to say he is going to stay in the next phase. Black Panther 2 is said to arrived in 2022.

After Infinity War almost half of the team was gone. Thanos has snapped out Black Panther out of existence with other team members and everything came crashing. Not until other team members made way for them and their moment came back with T’Challa and his army came back in the final battle which was still held in wakanda.

Boseman first appear in Captain America: Civil War when his father was killed. Black Panther want to take vengeance on the man who has killed his father meanwhile Steve was trying to protect his long time friend Bucky and recruited Ant-Man and others in his side and then Iron Man leads another group, including T’Challa, to oppose them — Avengers vs. Avengers.

After the death of his father at a tender age — Boseman made way to becoming one of the best NYPD detective in the City. He was up with a task of bring down two suspected robbers and killer — so he shut down all 21 bridges of Manhattan. At the end the killer were caught that lead to the arrest of many other NYPD police.

Message From the King

From Africa, in Cape Town, South Africa Boseman move to L.A to seek for vengeance after he discovered that his sister who he wanted to help in trouble is now dead. The movie shows that he play an important roles searching for the people who has committed the crime.

Major League executive Branch Rickey drafts African American Jackie Robinson as a player. Jackie has never taken too kindly to racism, but now he is amidst even greater racist hostility.

Eleanor had accused her black chauffeur, Joseph Spell, of raping her while her husband was out of town for work. Boseman as Marshall is a lawyer that takes on the case to defend Joseph Spell, an African American man.