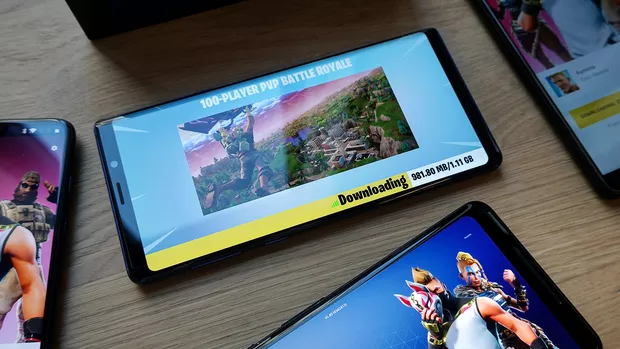 The battle royale game Fortnite was removed from the App store after Epic upload an update and implementing it own in-app payment system.

The due—bypassed the standard 30 percent fee Apple take from developer to accept payment. But Epic said no, it too much to take, that exactly what Google Play Store cut is; and about the 30 percent cut—no wonder Epic didn’t released the game through the Play Store for Android on time.

The decision by Apple removing the battle royale game from the App Store was to make sure the 30% never bypassed them.

Now that Apple is facing antitrust issue due to the rule Apple place on its App Store and on certain developers the price war between Epic and Apple has began—but Apple plan to set it right.

Here is a statement by Apple after removing Fortnite from the App Store.

Today, Epic Games took the unfortunate step of violating the App Store guidelines that are applied equally to every developer and designed to keep the store safe for our users. As a result their Fortnite app has been removed from the store. Epic enabled a feature in its app which was not reviewed or approved by Apple, and they did so with the express intent of violating the App Store guidelines regarding in-app payments that apply to every developer who sells digital goods or services.

Epic has had apps on the App Store for a decade, and have benefited from the App Store ecosystem – including its tools, testing, and distribution that Apple provides to all developers. Epic agreed to the App Store terms and guidelines freely and we’re glad they’ve built such a successful business on the App Store. The fact that their business interests now lead them to push for a special arrangement does not change the fact that these guidelines create a level playing field for all developers and make the store safe for all users. We will make every effort to work with Epic to resolve these violations so they can return Fortnite to the App Store.

For iOS users who already has the game Installed on their phone, they will still be able to access the game and make payment, but you can’t update the battle royal game until the issue with Apple is settle—but who knows when.

The part that Epic implemented it own payment system for iOS doesn’t mean the company hasn’t done it before. Fortnite was not available in Google Play Store 21 months ago and use their or payment system for Android user, but Google didn’t complain—and the heat came.

But for Apple; the company strike a response. Epic game Fortnite in the App Store—is to comply with it terms and condition of the 30 percent cut of in-app purchase.

The approach use by Epic for it payment system is tight. Okay, for 1,000 V-bucks, which is equivalent to $10 in-game, now costs $7.99 if you use Epic direct payment instead of the standard Apple payment processing.

Epic explained the move by describing it as new “discount pricing.” Fortnite has been on iOS App Store because Epic CEO Tim Sweeney said there is no other way to enter Apple’s closed ecosystem; but they did for Android before releasing Fortnite on the Google Play Store.

Sensor Tower estimates that Apple customers spent $1.2 billion on Fortnite since March 2018, and after Apple take its 30 percent from the meat, Epic would be left with $840 million.